The end of a long journey


Hi All,
I am writing on behalf of my mom. It is with great sadness, I write to let everyone know my mom's journey came to an end on May 30th. She ended up in hospital with fluid on her lungs and despite all efforts, there was nothing more they could do for her. It had been a long hard battle. 4 years with cancer, and she fought all the way to the end.

Our family is honored that as I write this, she has had over 508,700 page views. She touched the lives of everyone on here.

We thank you for your words of encouragement, I know she had many devoted followers. People who may have also been experiencing their own battles, or families devastated by cancer. We plan to keep her blog open as a means of encouragement to those who need it, and as a reminder that despite your odds- keep fighting. I know her favorite thing was telling the Dr who gave her 2-8 months that she wasn't going anywhere. She didn't, not for 4 years and those were some of the best times we got with her.

In loving memory of Cathy.. and she would have wanted me to tell everyone of you..just keep swimming!

Still going for blood work every two days...my kidney levels are still up and down.  All treatments have been cancelled and my oncologist says I may lose out on the program but, there are other options.

I am scheduled for a kidney biopsy on the 15th and I am being weaned off of Prednisone and down from 100mg per day to 50mg and now I am on 25mg per day.  Restless legs were driving me crazy and my family doctor put me on Gabapentin....not working so, she doubled the dose and that seems to help a lot.  I keep teasing that I am falling apart!

All tests and lab work should be in by the end of the month and I do my follow-ups with the Nephrologyst and my oncologist on the 31st.

Forgot to take my pills at 9:00 and I am wide awake and doing paperwork.  Got everything done and I am hoping in another hour the pills kick in and I can go to bed.

Off to read my Kobo for awhile....swimming in the dark!!!

Insoimnia is driving me nuts.....

I am on so many pills right now....Meniers Disease, A-Fib, Prednisone etc., etc. and no sleep.  It is like the old days when I was swinging from the trees on Dexamethasone.

Treatments were going really good.  I had an awesone CT Scan result at the beginning of March...everything is stable and shrinking.  Then I had a treatment on March 24th and I crashed.  Major dizziness, nausea, weekness and super tired...no energy.  I got a phone call from my oncologist at 10:00 telling me my kidneys had stopped filtering and I was to go back on high doses of Prednisone and get blood tests every day for 10 days.  Not impressed!

I was scheduled for an ultrasound and it came back....no stones, no damage but, no one knows what is going on.  One day my kidney level may be down and the next day it is through the roof again.  I am now going every second day for bloodwork.

My treatments for April 7th and 21st were cancelled and we had tentatively scheduled the next one for May 5th.  According to the doctor two days ago...that is not going to happen.  He did reassure us that I am still on the program and when and if we get my kidneys functioning...treatments will resume.

So, my life consists of visiting the "vampires" every second day....not sleeping...so flipping tired and week all the time.

To add insult to injury...we got rear-ended in February.  So now we are dealing with insurance companies,..car got fixed and I am off to therapy for my neck and right shoulder.  When the seat belt retracted it wrenched the heck out of it.  As if that wasn't enough some jacka*ss tried to break into our RV in the compound.  Couldn't get passed the deadbolt...love old reliable RV's.  But, they did destroy the door and a new one is on it's way.  I have a dream catcher in the window in the door and the repair shop ordered a blank door so they can transfer my window to the new door.  Wonderful people at Cottonwood RV.

No plans other than caming in between hospital labwork.

It has been a year of surprises...some good...some not so good.

We started the year with a scare as they found two brain tumors and they stopped my maintenance chemo and it was on to full radiation with LRHT for ten treatments.  It seemed to work as the cancer stopped growing and shrunk.

It was a year of living a normal life for the first time in almost three years...travel, camping, visiting children...enjoying life.  It was also a year of babies...in March our son and daughter-in-law presented us with our sixth grandchild, Clare Elizabeth and she is perfect.  Our niece and nephew-in-law in Kamloops had a baby girl in October, Jade.  Our nephew and niece-in-law in Chilliwack had a baby boy, Tate.  But, sadly we lost him one month later.  Our other nephew and niece-in-law had a baby girl, Amy and...we ended the year with our niece and nephew-in-law in Arizona had a baby boy, Asher.

It was a year of finding other people going through the same thing I am and on the same treatment who quickly became a friend (yes Lisa, that is you).  It was being able to walk into the doctor's office on the 20th to see my old oncologist who gave me eight months three years ago and tell him, "Told you I wasn't going anywhere" and getting a smile from him.  I will take every opportunity to turn a negative into a positive...helps with living.

The year started shaky but ended up on a very high note.  I am eternally grateful for the love and support of my family and friends...who, without you I would not have made it this far...Rick, who loves to push my buttons but, who has my back...drives me everywhere, including crazy...sits through every treatment...travels with his Kobo because he never knows when I say, "Can we stop at Michael's".

I wish everyone a happy new year and may your next year be full of blessings....no matter what, keep swimming.
Posted by Catrick at 6:49 PM 1 comment:

Trust me...nothing major has happened.  I have been going for blood work every second Wednesday...followed by treatment on the Friday.  The only issue there is..it is getting harder and harder to find a vein.  Last treatment it took four pokes and two of them hit a nerve...ouch!  The nurse talked to my doctor and they are finally going to put a port in.  I don't know what was up with Dr. Keith in the beginning as he doesn't like them.  Well...he can deal with all the pokes!!!    I am scheduled for surgery on the 14th and I can't wait...treatment on the 16th...no more pain!

It has been wonderful to have a "normal" life for a change...lots of camping...though we stay close to home.  Meniers is under control...thanks to drugs.  Babies, babies...nieces and nephews having babies...we have two girls and two boys.  Sadly, we lost Tate as he was born two months and two days early.  Complications and I now have another angel watching over me.  I love being a great auntie!

Last CT scan came back with more awesome news.  The brain cancer:  One tumor gone...the other is still shrinking.  Lung cancer:  Both tumors are too small to measure.  I am slowly relaxing about it and starting to believe.

Today we had my monthly appointment with my oncologist and my CT Scan results from last Monday are in. The two tumors in my brain:  The left one has shrunk even more in fact, barely able to see it.  The right tumor can't be seen anymore at all.  My left lungs are clear and the two tumors in my right lungs:  One tumor is gone and the other barely registers.  Everything else is clear.  My oncologist says that the tumors are almost too small to register for the technicians....Yippee!!!!

I will admit...inwardly, I have been secretly down lately.  I have been having headaches daily and I thought for sure the brain cancer had spread and...I have been coughing so much lately...I figured the same thing for my lungs.  Nope...just issues with crappy eyesight is causing the headaches and probably early COPD is causing the lung problems.

And...I was feeling down because a friend of a friend was cancer free and I was jealous of her...not envious as I was happy for her results but, still jealous.  I have been walking around since I was diagnosed believing I was terminal (because the doctors said I was) and I was only trying to extend my life span.  It was hard celebrating her victory when I have been planning my death.

I had myself all prepared for bad news today....I was not ready for the good news but, boy did I need to hear this and to see it in black and white with the CT Scan report.  I have been so scared to believe...even though I presented such a positive front...inside I have been shaking in my boots.  I can now stick my tongue out at the doctors who gave me eight months and say..."See, I told you not to count me out"...that was March 2014...still here!

As to other issues...somewhere I picked up an inner ear virus and ended up with severe vertigo and nausea.  A ear/nose/throat doctor confirmed it is Meniers Disease and am now on meds.  I feel like a drug store with all my pills.  But, it is working and that is all I care about.  I still want to sleep all the time (heart pills cause that) and my energy level sucks but, I feel like I am living for a change.  I hated the other chemo as it took almost the whole time to recover and I was back at treatment again.

With the Nivolumab I can have a life and we can get away camping...seeing our new granddaughter...visiting family and spending the day with my brother and sister-in-law on the lake in a boat...having supper with the family...feeling normal.  I miss normal!!!!

So...we keep on with the treatments and see where the next six weeks takes me.  I am so swimming!

I have had a few Nivolumab treatments and it is going fine so far.  We had a CT scan at the sixth treatment mark and it showed no growth...in fact, the cancer is shrinking in half...yahoo!!!

I have lost my food aversion and I am eating regularly now...except chicken...still can't get that down.  I lost 23 lbs. so far and, thanks to visiting Quesnel this weekend...I have gained five back and I am going to lose that!!!  The dizziness, tiredness and weakness have let up and I am trying to walk each night again.

The only issue now the vertigo and vomiting.  That usually hits a week after treatment.  I went two treatments without it and I thought it was over...nope.  We went camping and the last three days I was sick.  Try packing up while the room is spinning...hubby wants to drain the tanks and I am still throwing up!!! It was interesting.

Nothing new to report....every second Wednesday is blood tests, Thursday is Dr. visit and Friday is treatment...then I get two weeks off until we do this again.

I am merrily swimming!!!
Posted by Catrick at 1:21 PM No comments: 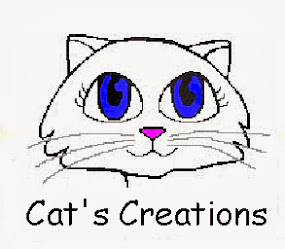